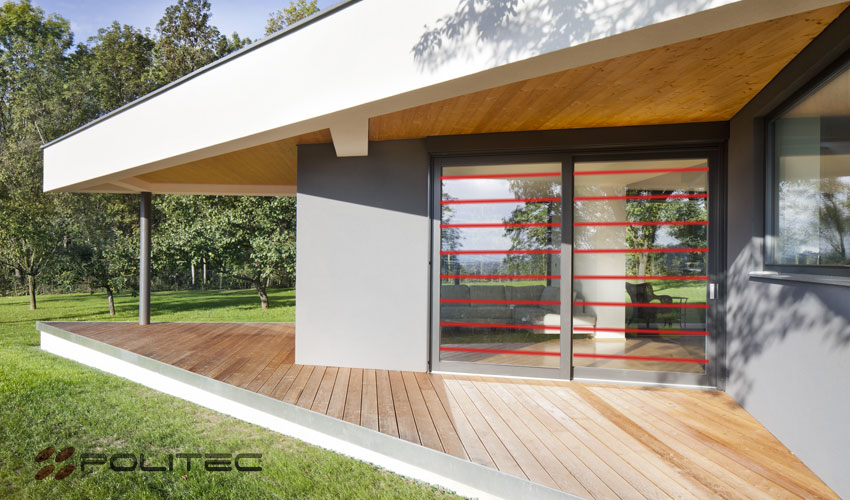 Miniaturised barrier, specially designed and recommended for protecting doors and windows. Similar to the SADRIN wired version, but self-powered, it is configured for interfacing with the most common alarm transmitters via radio available on the market, thanks to the alarm and tamper outputs with NC contact controlled by low-absorption bistable relays. Easy to install and to programme thanks to the SMA technology, which during the test phase automatically detects the number of beams and their alignment with an optical synchronisation system, followed by the walk test and functional check of all the beams. Each beam is always formed by a dual optic in AND mode, while the alarm can be programmed in OR mode with a single beam and different intervention times, or in AND random mode by interrupting at least 2 random beams.

Depending on the standard or oversize heights available on request, it is possible to add from 2 double beams, present on the CPU motherboard, to maximum 8 beams with flat cables of various sizes. The battery autonomy varies in relation to the number of beams and the type of batteries used (from 12 months to 3 years). The low battery signal is given through a buzzer, when the beams are interrupted. If the battery wears out completely in unsupervised conditions, an alarm is generated as the micro-relay is a positive security device.

Fill out our form to receive more information about the product